A Writer in Our Midst 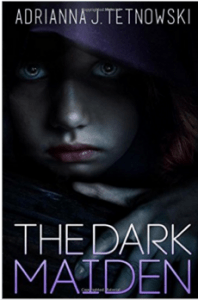 I often write in the weekly newsletter about students’ achievements but this week’s news is a first for our school and a first for me as a teacher: Year 13 student Adrianna Tetnowksi has had her first novel published this week! The book is called The Dark Maiden and is available from Amazon Books. It is the first of a series of stories that Adrianna has planned; she has finished the scond volume and she is already halfway through writing the third. Amazon outline the fantsay story on their website:

“Adelaide Redbane has been given a difficult role. As the only daughter of Hathor Redbane, King of Iradas, she appears to have caught the eye of Marcus Valenti. Now under the threat of being forced to marry his son, Adelaide has a choice: Become Valerius Valenti’s bride by force or Prince Nicademius Mouridieus’ wife by choice. But what of this mysterious girl Valerius had found, after the attack on the city of Anderaith? This ‘Dark Maiden’ people are whispering about? Is she just a shadow in the dark? Or is she Adelaide’s chance of freedom from the Valentis…as well as Iradas’ only hope left?”

It has taken Adrianna four years to write the novel which she has managed to do while studying for three A levels, one of which is, of course, English Literature. Very many congratulations to Adrianna on having her hard work and perseverence rewarded. To order or download a copy please visit Amazon Books (http://www.amazon.co.uk) and search for ‘The Dark Maiden’.